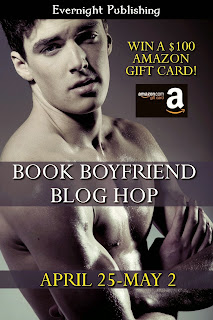 Meet our book boyfriends... THE SKULLS... and don't worry if you fall in love... we'll share! Oh, and while you're here, ENTER TO WIN Evernight Publishing's $100 amazon gift card, eBooks, and more!

The Book Boyfriend Blog Hop is back and better than ever with over 60 participating blogs!

What’s up for grabs?
• One lucky hopper will win a $100 Amazon Gift Certificate sponsored by Evernight Publishing.
• Plus, each author is giving away their own unique prize! So visit each blog hop stop for a host of fabulous prizes to win.

How to enter?
Leave a Comment and Tell us who your latest Book Boyfriend is. Be sure to leave the answer and your email address to be eligible to win a prize.

LASH
No one messes with The Skulls and gets away with it!

The last thing Angel Marston ever wanted was be at the mercy of The Skulls. They’re the local bikers and the club that helps keep the town safe, but they have their own kind of rules. They party hard and do whatever the hell they want. But her father’s debts to the club mean Angel has no choice.

Lash loves his club, but he wants a woman who hasn’t slept with all the crew. Angel is just what he’s looking for. She’s sweet, young … and a virgin. He wants her more than anything and has already staked his claim on her.

When Lash touches her, Angel can’t help but melt. He sets fires inside her body with his wandering hands and sinful lips. She can’t say no, and she wants him desperately.

MURPHY
Tate Johnson is the daughter of the motorcycle club leader and has decided The Skulls has hurt her one too many times. Moving out of her home and cutting her ties from the only family she knows, she starts a life for herself, hoping to create new memories.

Murphy abandoned Tate for the sake of the club, but now he’s back, determined to win the love she once felt for him. But, Tate’s not letting go without a fight. She’s stubborn and refuses to listen to him.

The Club is in lockdown when two local cops are killed. An attack is ordered on Tate, but no one knows the identity of the person intent on taking down The Skulls and controlling the town of Fort Wills. No one is safe as the club is compromised. Lives are lost, people are hurt, and some will never be the same again. Everything comes down to Murphy, and he has to make a choice.

He can save his club … or his woman. Which will he choose?

NASH
The biggest mistake he’s ever made could get him killed.

The Skulls have a set of rules, and Nash has broken one of them. He’s using drugs. Since Sophia rejected him, Nash has been spiraling out of control. When he puts Eva’s life in danger it’s up to Nash’s brother Lash to save him from himself.

Sophia never realized the protection The Skulls provided her until she was attacked. Lash saved her but with an ultimatum. She helps save his brother, or he makes it known she’s not under Skull protection.

Sophia’s feelings for Nash have always been her weakness. As she keeps her word to his brother, trying to help Nash overcome his addiction, the two of them grow closer through his pain, and Sophia realizes she cannot run any longer.

Stop drooling at our boyfriends! Get hopping to the next author or blogger. After you’ve met each hero click here to vote for your favorite book boyfriend. You’ll earn an extra grand prize entry!

You’re one step closer to meeting your next Book Boyfriend...