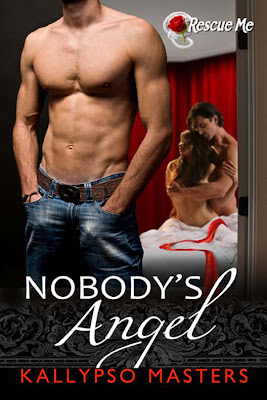 RESCUE ME series by Kallypso Masters

Here's an excerpt from Nobody's Angel. Angelina Giardano has invited Marc D'Alessio and Luke Denton, two search-and-rescue team members who "rescued" her the night before at a bar, to her home for a gourmet meal as a reward. They find her blood-covered and bruised and decide they aren't leaving her alone until her abusive ex-boyfriend is arrested and behind bars.

Until he meets Angelina, where he suddenly has an urge to break his self-preservation rules. The two are alone in Angelina's bedroom, sitting on her grandmother's bed when he asks her what her fantasies are and she begins to tell him a little about the night at the club—but nice Italian girls don't go to clubs like that, so she's hemming and hawing over how to tell him what she saw and where. Enjoy! 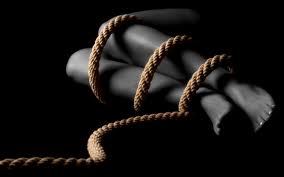 Kallypso Masters can be reached at her Ahh Kallypso…the stories you tell blog (kallypsomasters.blogspot.com) and is a regular fixture on Facebook, where she has a friends page—yes, you can be her friend, too! (https://www.facebook.com/kallypsomasters) and an author page (https://www.facebook.com/KallypsoMastersAuthorPage). She also is on Twitter and Goodreads, but less active there. For a list of her books with buy links to available sales vendors, go to http://kallypsomasters.blogspot.com/p/books-by-kallypso-masters.html.