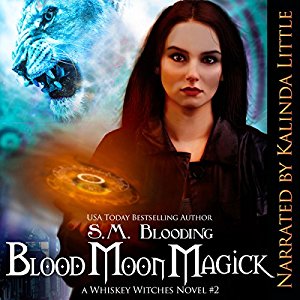 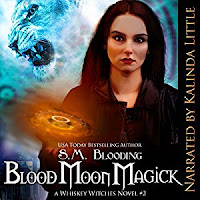 Going back to Denver should have been easy. Old life. Old routine. Ten kinds of "all good." However, with her gifts open, the paranormal world isn't going to let her have that easy life. It turns out her partner of the last five years is a vampire and has been for several decades. He's also the regional paranormal protector.

So when a few shapeshifters go missing, he gets the case. But there's also a demon killing those shapeshifters, a demon she can't hunt because she's still an open target for possession. Not to complicate matters, Dexx isn't about to let Paige out of his sight. Bringing a demon hunter to a shapeshifter party only makes things that much more interesting. But when he gets bitten, the entire game changes.


Detective Paige Whiskey doesn't get much of a break - on the heels of a major demon possession, housing the portal to hell within her body - she returns to Denver and hits the streets with her partner and a strange new murder.  Except that she is no longer alone - with her memories intact, her best friend Dexx in tow - and discovers a whole new world of paranormal creatures including vampires and shapeshifters.  Turns out you can blow the mind of a demon summoning witch!  This new and quite odd band of paranormals find a way to work together - to solve the murder and disappearance of multiple shifters from a nearby isolated community.  And yes, her demon nemesis Sven Seven Tails is still taunting her from both near and afar which adds a sinister element to the ongoing mystery that Paige and company are "hell bent" on solving.

The world building continues in book two - having thrown the protagonist and the reader the curve balls that shifters and vampires are actual creatures, and as far as new world building goes, SM Blooding gets better at informing while evolving.  The addition of elemental, animal and plant shifters being the key to safeguarding her demon door so she can continue to work and grow her gifts was very awesome.  The angsty moments that Paige has with her family and her fledgling romance with Dexx slow the flow in places but it is a definite improvement over the constant self loathing of book 1.

Kalinda Little delivers another solid job as narrator for this series. There are still some issues with inconsistent accents and Tony's voice conjures up images of a smarmy mob boss and not a dashing police detective, but there are some moments of pure comic relief that she conveys brilliantly.  I enjoyed the overall pace of the reading and felt that her characterization of Paige and the supporting cast was enticing enough to keep me in the car for a good while after returning from most outings. Overall this was the perfect October read - I can say it was time well spent driving through the autumnal countryside with the Whiskey Witches!

RATING FOUR Chocolate-Dipped Strawberries. I received this audio book as part of my participation in a blog tour with Audiobookworm Promotions. The tour is being sponsored by S.M. Blooding. The gifting of this audio book did not affect my opinion of it. 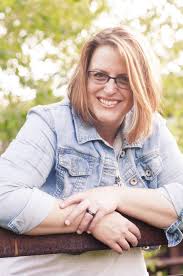 Frankie lives in beautiful Montana with her Darling Dork, his two part-time girls, and their cat, Tesla. She enjoys creating with her wonderful husband, doing everything from crochet, to sewing, to art, and, of course, writing. She's lived a pretty colorful life, giving breath to her stories. 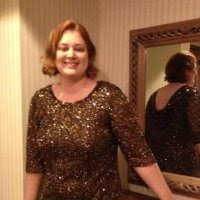 Kalinda Little is a 28 year old web developer who started playing around with audio and never stopped. Currently based out of Portland Oregon, she has spent time all up and down the West Coast, including several years is Ashland where she worked backstage at the Oregon Shakespeare Festival. She is a chapter leader for the Nine Bridges Writers, a nonprofit that aims to assist and support writers in all genres, by providing resources and critique.

While she only started recording professionally in April of 2016, she had over two hundred hours of amature recording and editing available before that point. To date, she has narrated 27 books, with another 3 set to come out before the end of 2017.
Facebook⎮Twitter

The Perks of Being An Author by S.M. Blooding

Really and truly, being an author is hard work. I get up at 6:30am and work until about 9-11pm with very few breaks. There’s so much to do! There’s writing and editing and covers and marketing and ads and formatting and websites and...that’s just your book. When you’re also working with other authors, then you get to do that with their books, too.

It’s a lot of long hours and sore muscles and eating like a college student--not because you can’t afford more, but because you don’t have time for anything else. Your house looks like a wreck and you just hope that no one actually wants to come by because you’re screwed. Your family constantly wants more time with you and your writing is constantly suffering because everyone needs more time than you do, and you’re constantly being guilt-tripped into doing other things because… it’s just writing.

But it’s amazing when your book touches someone. When your soul vomit reaches through the pages and touches and someone, talks to them, or teaches them something. When they see something they normally wouldn’t have. It’s beautiful and amazing.

And makes all the long hours, sore muscles, bad meals, and whining kids worth it.