Come for the waffles. Stay for the magic. Carlie McEwan loves many things. She loves being a witch. She loves her town of Halfway, and her Gran, and her familiar, Gus, who is 25 pounds of judgmental cat. Carlie spends her days cooking at the only real diner in town when she isn't perfecting her family magic, and life is good. When a blond stranger sits at the diner counter and asks her to lead him into the deepest shadows of the forest, her life will change forever. She must find a mythical grove of ancient trees, but there are ghosts in the forest, and one of them cries out to Carlie across the years: Come find me. With the help of a rugged cop who really does want to save the world, she'll fight to bring a ghost home, and deliver justice to a murderer who hides in the cool, mysterious green of a forest gone mad with magic. 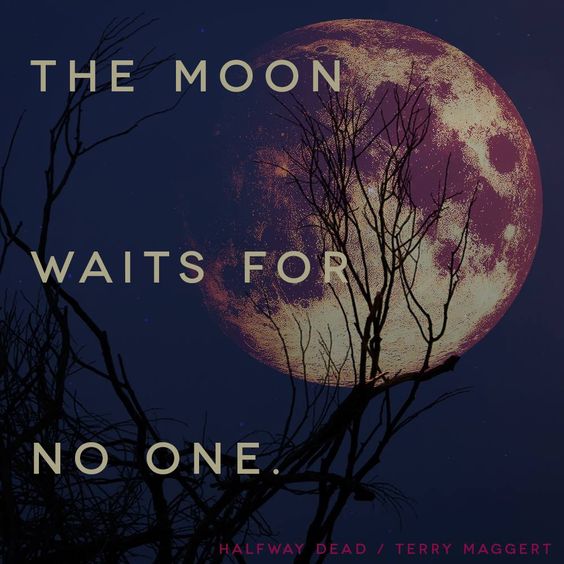 Why Waffles? Why a diner?

Both of these are excellent questions. The simplest answers are—I love waffles, and I owned a restaurant. But it’s more than that. Carlie is, in a sense, a collection of all the things I knew in life, and her quirky humor and good nature are me. I’m about 13 inches taller than Carlie, and I don’t practice magic, but I have cats, I lived in Upstate New York, and I like the secret life of a restaurant. It feels like home to me, so writing about it comes as second nature.

Carlie embodies a lot of my favorite qualities. She’s brave, and honest, and funny and a little bit weird. I think the people around her—Gran, especially—are a representation of my better angels, and when I read my own books (I listen to them quite often, just to get the feel for my own world again), I’m reminded of how much of my life is in these pages.

And then there’s Wulfric.

Okay. I am not 6’7” (but my kid will be that or more, he’s enormous), not a Viking (married one, though) and not a vampire (though my steaks are medium rare). What makes me laugh out loud about Wulfric every time is that he embodies the quiet suffering I endure with certain kinds of modern technology. Give me a 1967 Mustang, and I’ll tear it apart and rebuild it. Give me an app on my phone that sorts grocery lists, and I’ll accidentally shut down the power grid in my town. I’m like that, and so, Wulfric is like that.

As to Tammy Cincotti? I have a crush on her, and I write her as the kind of superhero that every town deserves, but with better hair and makeup.

I think, as you wander through the little town I’ve built, I hope you see where it came from, and I certainly hope you’ll stay a while.

You had me at waffles.  And there are few things that I love more than a good stack of waffles:  I love audiobooks;  I love paranormal and urban fantasy; and I really love a well written story.  Great news, this series ticks all the boxes!
Maggert has crafted a fantastic heroine in Carlie McEwan.  In fact, he's created a whole world of characters that readers will clamor to know more about.  The pace is perfect, not too hurried in world building, but with enough action peppered in to keep things interesting and a bit off kilter.  The use of magic is believable and enjoyable - allowing the reader to bond with Carlie, as she binds the world around her in search of the missing bones of Erasmus and hunts the creepy danger that has existed in the remote Adirondack woods for decades.  There's just enough of a hint of some romance to make those strictly PNR folks stay tuned as well.  Certainly, they will want to return to Halfway, NY, to see what else lies in store for our intrepid culinary witch.

Erin Spencer brings life to the clever characters of this book - with a great range of inflections and pitch perfect pace, she nails the reading on this audio gem.  She has gone into the "must find more of her works" audio basket.

RATING:  FIVE Chocolate-Dipped Strawberries and a winner of our Ultimate Indulgence Award.  This book was reviewed by Jenn.   I received this audiobook as part of my participation in a blog tour with Audiobookworm Promotions. The tour is being sponsored by Terry Maggert. The gifting of this audiobook did not affect my opinion of it.